Eagle Festival-2022 to be organized in October 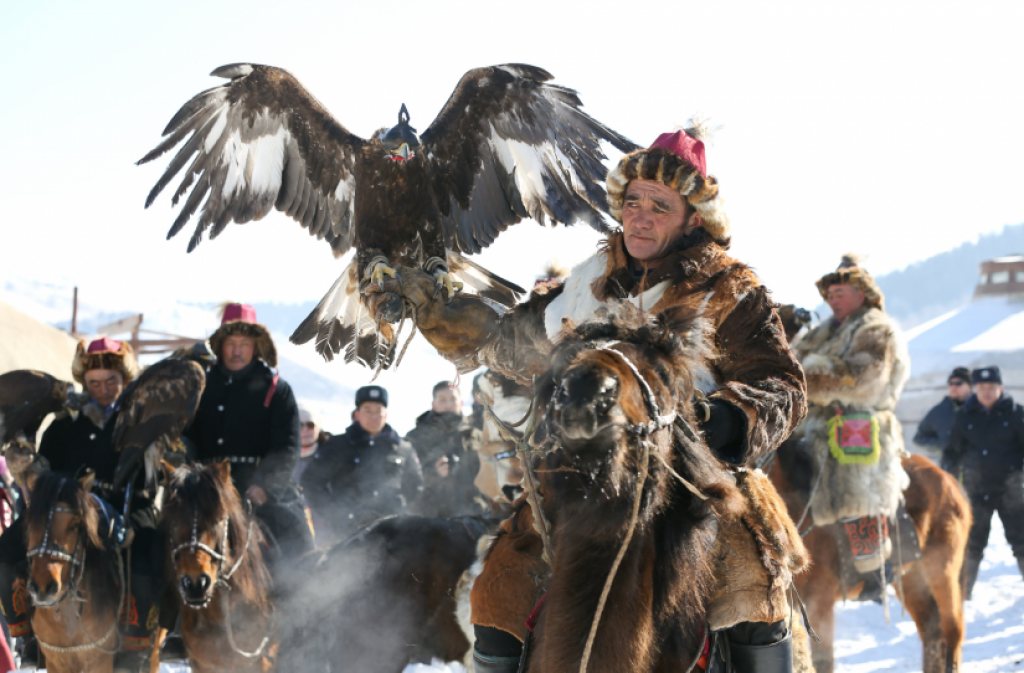 The Eagle Festival-2022 will be organized on October 1-2 in Bugat soum of Bayan-Ulgii province by the Mongolian Eagle Hunters’ Association in collaboration with the Ministry of Environment and Tourism, the Governor’s Office of Bayan-Ulgii province, and the province’s Department of Environment and Tourism. Some 100 eagle trainers from 13 soums of the aimag are expected to participate in the traditional festival, maintaining the heritage and showing off trainer’s and bird’s skills. The festival participants will compete for awards of Best Turned Out Eagle and Owner, Best Eagle at Hunting Prey, and Best Eagle at locating its owner from a distance, dressed in full eagle hunting regalia and mounted on groomed decorated horses and Bushkashi-goatskin tug of war on horseback. As Mongolia is one of the few remaining countries that keep the 6000-year-old tradition of eagle hunting, the festival is organized twice a year, with one taking place in Ulaanbaatar in spring and the other in Bayan-Ulgii province in fall. The event, which started being organized in 2000, aims at reviving eagle hunting customs and traditions of Kazakh people, inheriting the culture of hunting with eagles to the young generation, publicizing this tradition to tourists and making it a tourism product. In 2010, UNESCO inscribed the practice of eagle hunting also known as Falconry to its Representative List of the Intangible Heritage of Humanity.