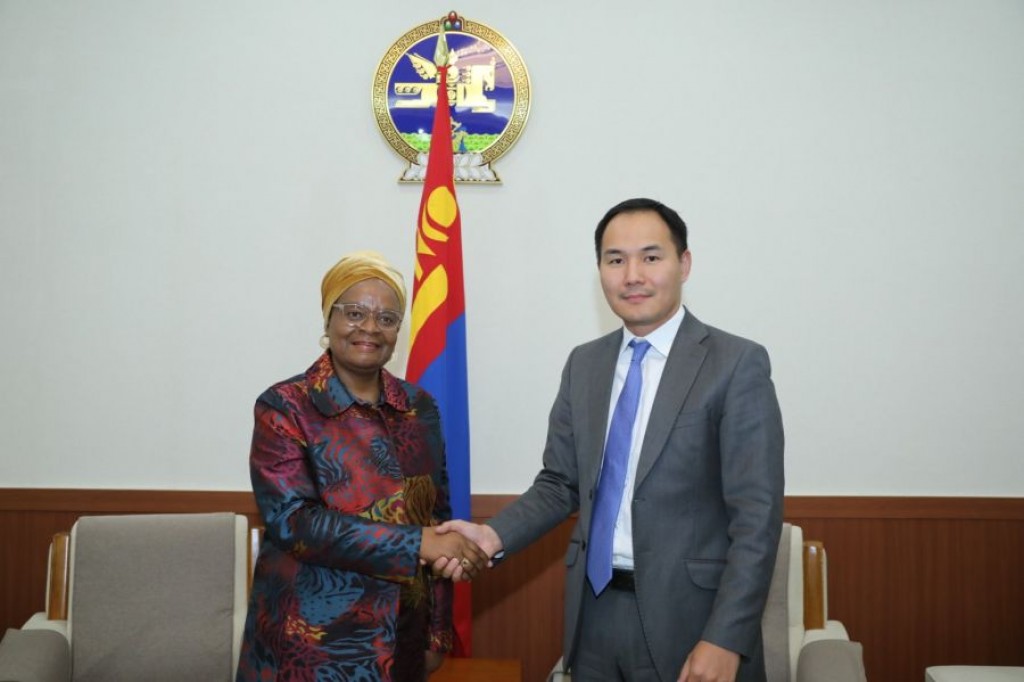 Deputy Minister of Foreign Affairs received the delegation led by the Deputy Executive Director of the International Trade Center or ITC.

Deputy Minister of Foreign Affairs received the delegation led by the Deputy Executive Director of the International Trade Center or ITC, who is on a working visit to Mongolia on September 18-22, at the Ministry of Foreign Affairs. During the meeting, they exchanged information and views on the preparations for the World Export Development Forum, which is scheduled to be held in Ulaanbaatar in June next year under the auspice of the President of Mongolia in cooperation with the ITC. Deputy Minister noted that the World Export Development Forum is most significant for our country to recover its post-COVID economy and increase trade and exports. The ministry expressed confidence that it will work closely with public and private organizations to organize this event and achieve certain results. Mentioning that the ITC is launching the implementation of a project ‘National Export Development Strategy’ the next phase of a Mongolia Trade and Investment Roadmap co-designed with the Ministry of Foreign Affairs and MNCCI, the Deputy Executive Director of ITC noted that the project is important for the development of Mongolia’s State Policy on-trade sector, particularly comprehensive non-mining export policy, as well as an export road map for each selected commodity. At the end of the meeting, the Deputy Minister of Foreign Affairs expressed gratitude for the successful implementation of many projects, such as the facilitation of trade in Mongolia, creation of Mongolian branded products, diversification of exports, promotion, and strengthening of SMEs, with the support of the ICC.