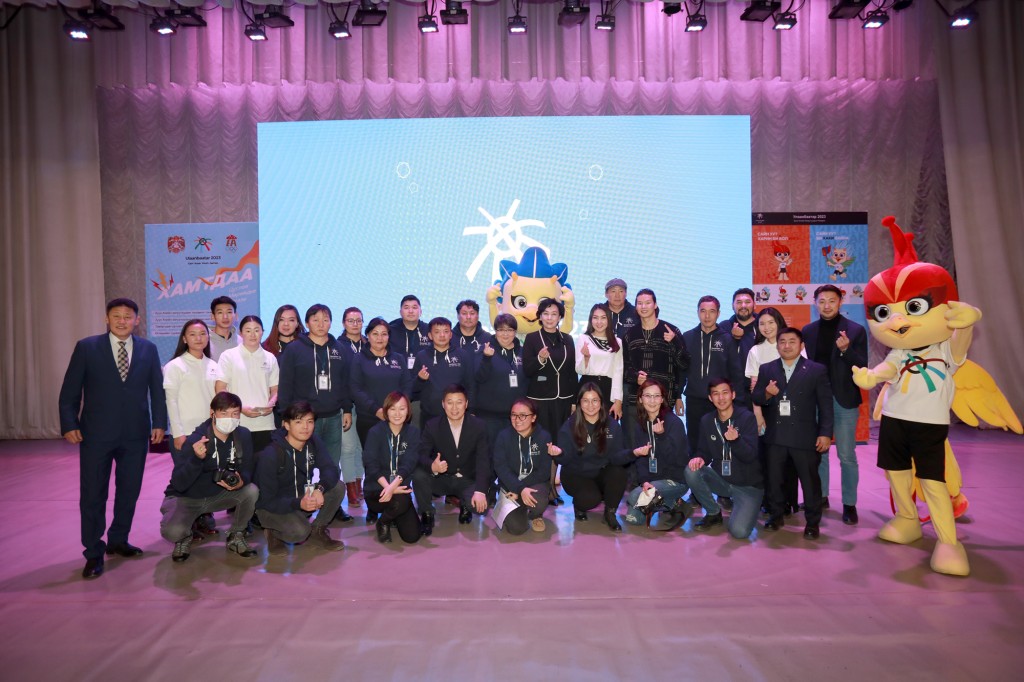 National Olympic Committees of East Asia will organize the East Asian Youth Games in Ulaanbaatar in August 2023 and preparations are underway.

National Olympic Committees of East Asia will organize the East Asian Youth Games in Ulaanbaatar in August 2023 and preparations are underway. Through the game, m,ore than 4,500 people including 2,400 athletes, coaches and 350 referees and technicians will arrive in Ulaanbaatar to take part in the games. On November 10, the mascots of the East Asian Youth Games were presented to students. Each continent has its own Olympic Games logo, symbol and mascots. As for the mascots, mostly animals were chosen. In this regard, Chief Operating Officer of Ulaanbaatar East Asian Youth Games Organizing Committee Company said, “The host country of any sports games chooses their mascot with the aim to make the endangered animals in their region known to the public. Therefore, the Khangardi and Galbingaa birds were chosen as the upcoming game’s mascots. The Khangardi is the symbol of the capital city of Mongolia, Ulaanbaatar. It is a mythical bird symbolizing courage, bravery and intelligence. Also, the Galbingaa bird is the ancient Mongolian mythical and supernatural winged bird-human.” Mongolia won the bid to host the event in 2017 and the East Asian Games Association, Ulaanbaatar city administration and Mongolian National Olympic Committee signed a tripartite contract in Taichung, Taiwan.