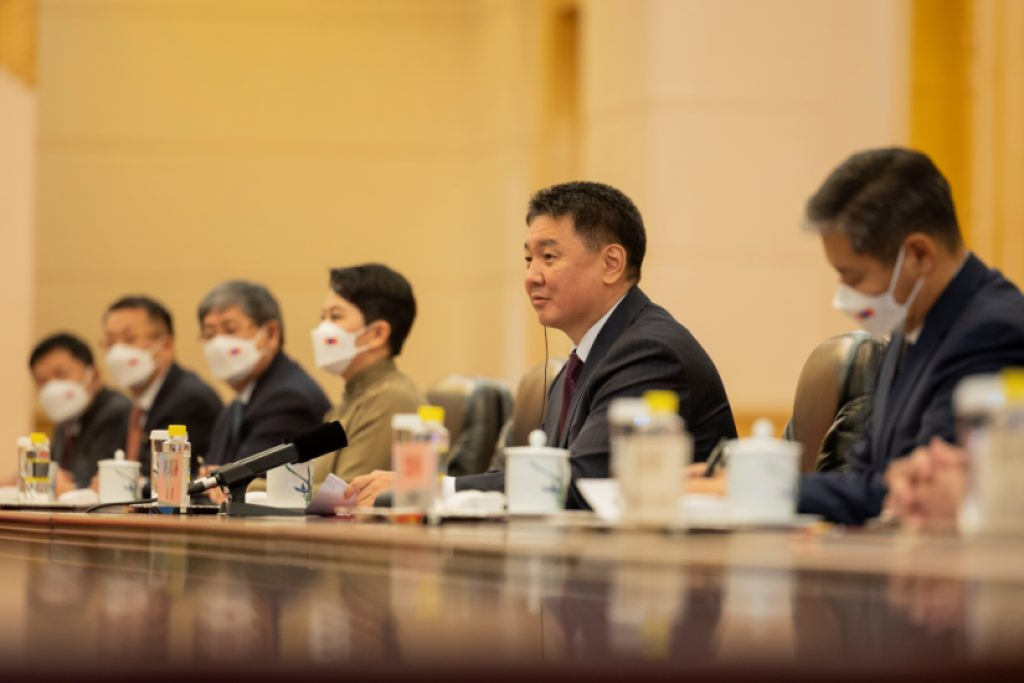 On November 28, Prime Minister of the State Council of the People's Republic of China, Li Keqiang, visited the Palace of the People's Congress of the People's Republic of China. President of Mongolia Mr. Khurelsukh expressed his gratitude to the Chinese government for organizing the state visit at a high level and for the friendly and warm reception. He also congratulated the Communist Party of China, the Chinese Government and the people for successfully implementing the first 100-year goal of building a moderately prosperous society in all respects. The President of Mongolia noted that the development of good neighborly relations and mutually beneficial cooperation with China is the priority of Mongolia's foreign policy. He expressed his satisfaction that even during the difficult times of the pandemic, the parties maintained the frequency of high-level meetings and visits, expanded cooperation in all sectors, and discussed and resolved bilateral cooperation issues. In addition, he expressed his confidence that the governments of the two countries will cooperate closely to implement the agreement reached by the heads of state. The Prime Minister of the State Council, Li Kochian, emphasized that the current visit of Mongolian President Ukhnaagi Khurelsukh is important for strengthening the comprehensive strategic partnership between Mongolia and China. He expressed that he will make efforts to expand and develop the relations and cooperation between the two countries in all fields, and to implement the issues discussed and agreed at the highest level.