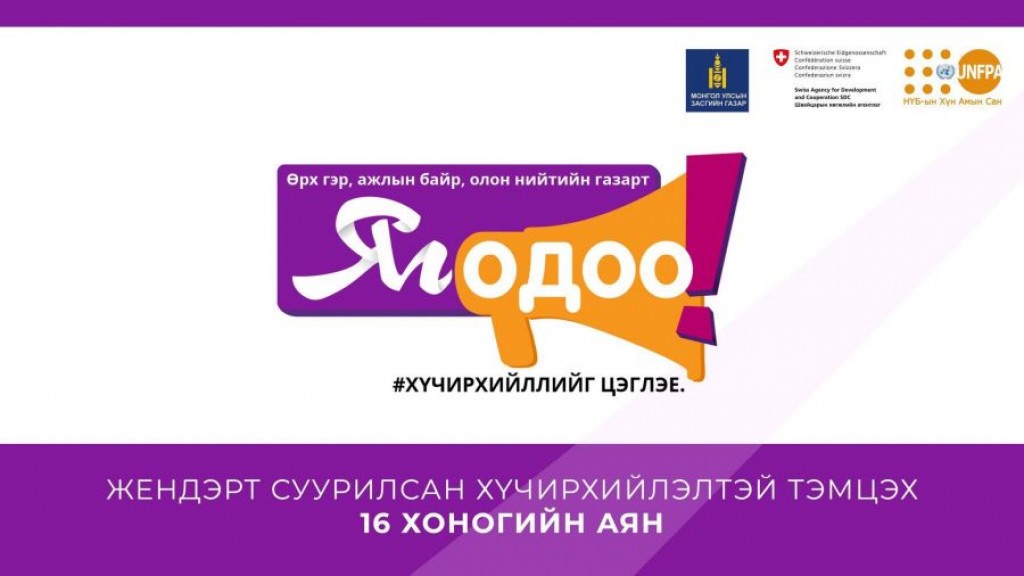 Over 180 countries around the world celebrate the `16-day campaign to combat gender-based violence` from November 25th to December 10th under a unified goal and motto. This year, Mongolia is organizing the `16-day campaign against gender-based violence` under the motto `Protect everything precious, yourself, your family, and the environment. ‘The Citizens’ Representative Khural of Ulaanbaatar, the Governer’s Office of Ulaanbaatar, and local administrative organizations of the capital city joined this campaign, which calls on women and men to take control of their own lives, choose positive ways for a better life, and treat each other with equality and respect. In order to demonstrate their participation in the campaign, the attendees wore a white ribbon on their lapels, which is an expression of their promise that `they will not pass by violence against women and girls in silence, and will never commit violence.` Additionally, Mongolia joined this campaign in 1997. Through the campaign, the country organizes works to raise public awareness about gender-based violence, stop any discrimination, stereotypes, and this type of violence, as well as plan prevention.