Willingness Expressed to Boost Trade and Investment Cooperation with U.S 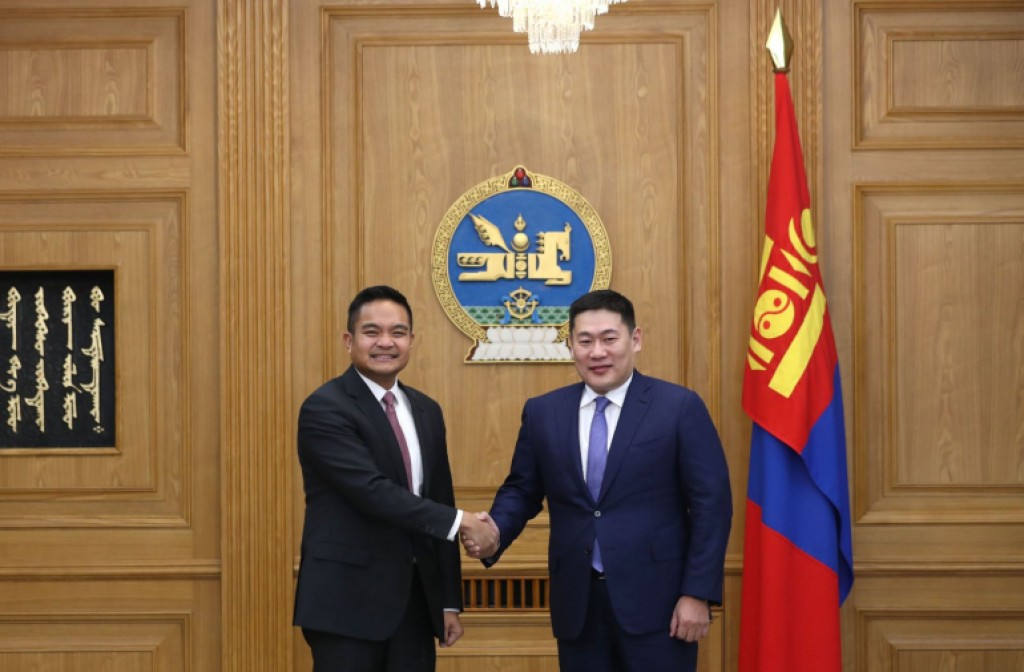 Prime Minister of Mongolia Mr. Oyun-Erdene received Ambassador of the United States to Mongolia Mr. Richard Buangan yesterday. While underscoring that the government of Mongolia attaches great importance to the development of mutually beneficial cooperation with the U.S., the Prime Minister congratulated the Ambassador on starting his diplomatic mission to Mongolia, which coincided with the 35th anniversary of the establishment of diplomatic relations between the two countries. The head of the government expressed willingness to consolidate bilateral relations and cooperation within the Strategic Partnership and to boost trade and investment cooperation with the U.S. While emphasizing that the U.S. is proud to be Mongolia’s important third neighbor, the Ambassador voiced his commitment to further deepening the Mongolia-U.S. Strategic Partnership and enriching economic cooperation with new content.