“Blue Pearl” ice festival to be held in March 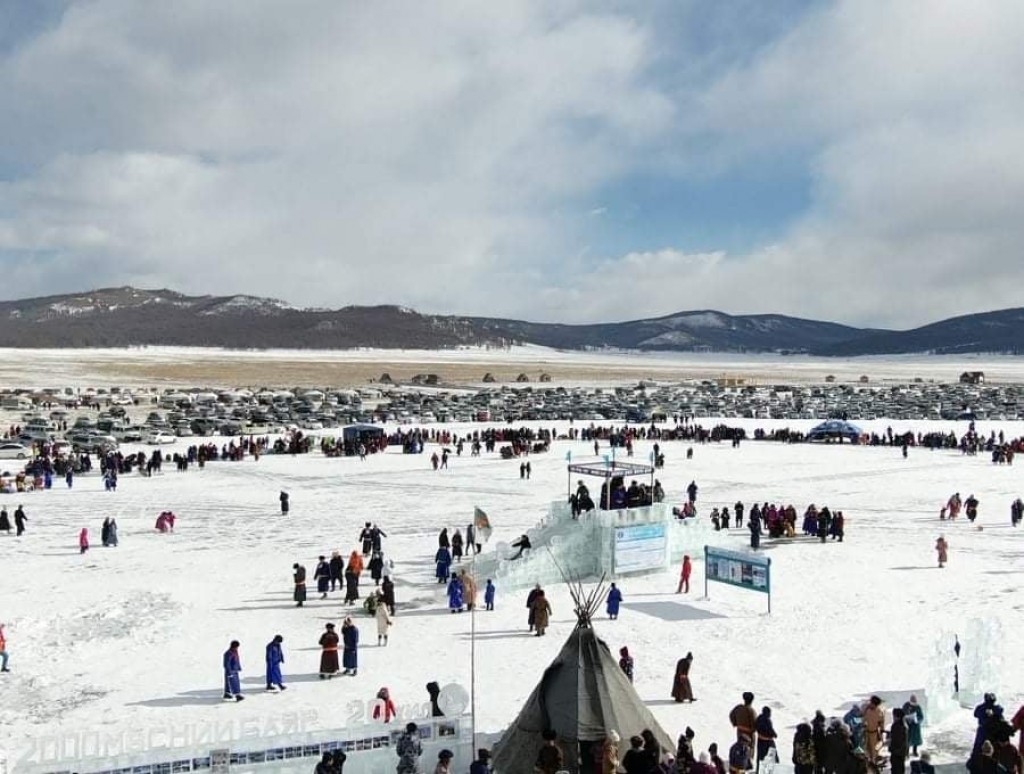 The annual “Blue Pearl” ice festival will take place in northern Khuvsgul province on 1-5 March. The festival is included many activities such as an ice knuckle-bone shooting contest, bicycle and ice skate races, moto sports performance, sled dog race, tug of war, relay race, family contest, horse race, performance by the province’s musical drama theater, and some ritualistic activities. Furthermore, the first ice festival was held aiming to preserve Khuvsgul Lake and to promote winter tourism at the initiative of the Environmental Inspectors of the Special Protected Area of Khuvsgul in 2000. In 2001, this tourism event was held in a broader range and developed as the traditional ice festival. In addition, Mongolia’s tourism sector has been hit severely by the pandemic over the past two years, losing 1.5 billion US dollars, according to the Ministry of Environment and Tourism. Therefore, the Mongolian Government has set itself a goal of welcoming 1 million foreign tourists in 2024.