Foreign Minister Has Telephone Conversation with Her Chinese Counterpart 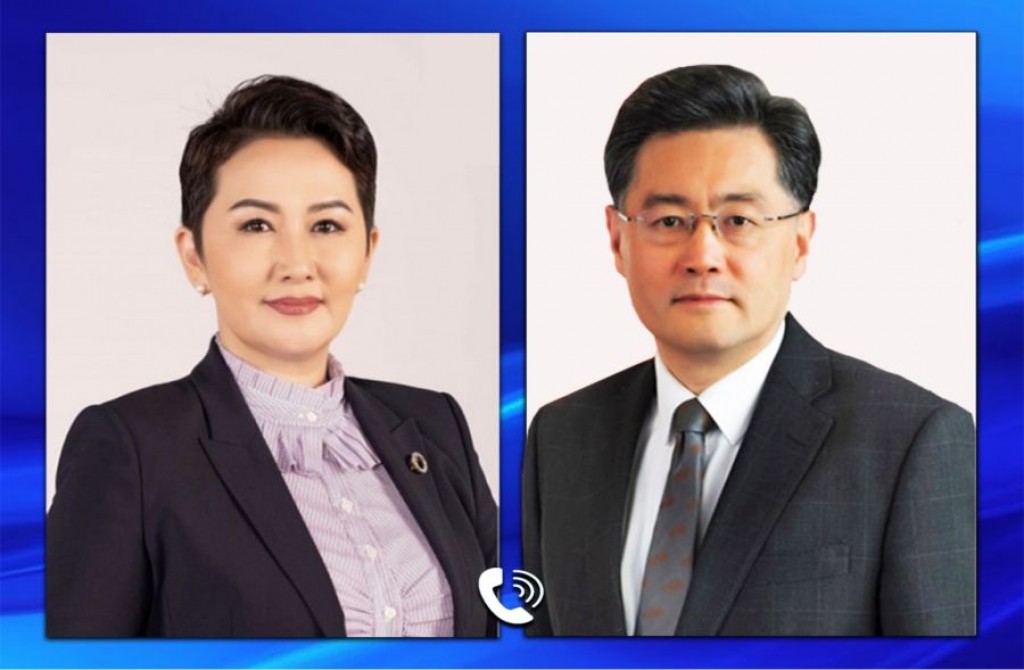 On January 17, Minister of Foreign Affairs of Mongolia Mrs. Battsetseg had a telephone conversation with Foreign Minister of China Mr. Qin Gang

On January 17, Minister of Foreign Affairs of Mongolia Mrs. Battsetseg had a telephone conversation with Foreign Minister of China Mr. Qin Gang and exchanged views on relations and cooperation between Mongolia and China. The Foreign ministers agreed to jointly work on implementing and further advancing the important common understandings reached during the President of Mongolia Mr. Khurelsukh’s state visit to China. To this extent, views were exchanged on further activating trade and economic cooperation between the two countries, increasing the flow of passenger and freight transport at the border ports, and accelerating the connection work of Gashuunsukhait-Gantsmod and Khangi-Mandal checkpoints. The parties expressed their appreciation for resuming activities of the border-crossing points and passenger and freight transportation resurgence due to the two countries’ painstaking efforts and highlighted that the freight transportation through Khavirga-Ar Khashaat border point was going to be resumed starting from January 19, 2023. Both parties agreed to closely cooperate on ensuring the implementation of the Joint Statement on Advancing the Comprehensive Strategic Partnership in the New Era between the People’s Republic of China and Mongolia, issued during the state visit of President of Mongolia Mr. Khurelsukh, including the construction of “National Art Theatre”, “Sport and training center for children and youth named after the president”, and “Anti-desertification research center”. At the end, the Minister of Foreign Affairs Mrs. Battsetseg extended Chinese New year greetings to Foreign Minister Mr. Qin Gang.