Special Attention to be Paid to Easing the Requirements for Travelers 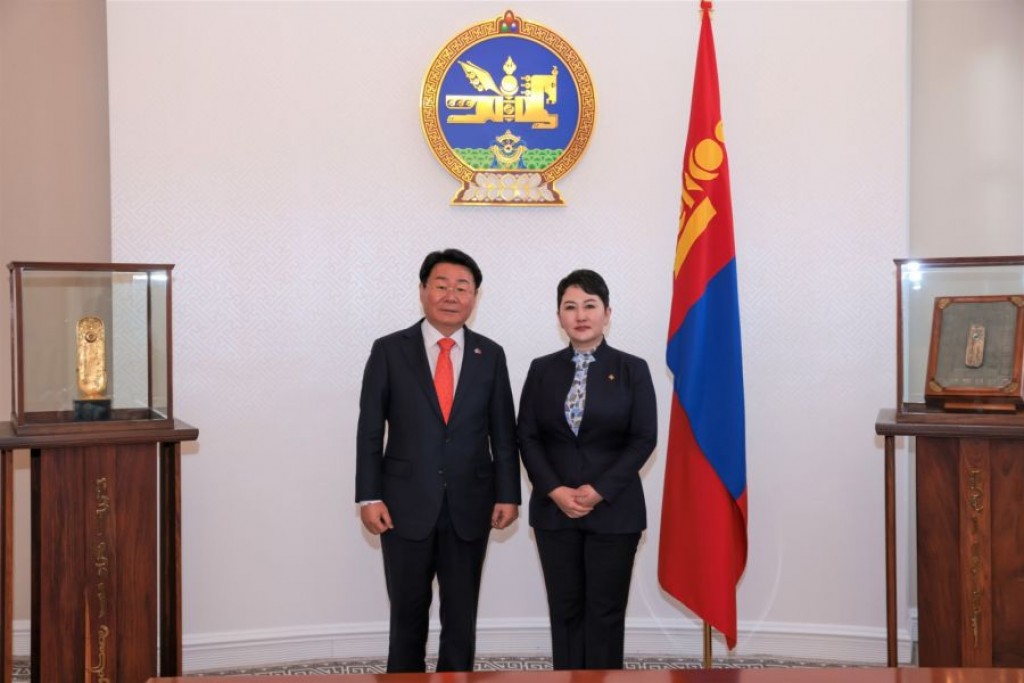 Minister of Foreign Affairs Mrs. Battsetseg received Ambassador of the Republic of Korea to Mongolia Mr. Kim Jong-gu in connection with the latter’s assumption of office.

Minister of Foreign Affairs Mrs. Battsetseg received Ambassador of the Republic of Korea to Mongolia Mr. Kim Jong-gu in connection with the latter’s assumption of office. Minister Mrs. Battsetseg emphasized the high significance that Mongolia is attaching to the relations, rooted in shared principles and values in terms of human rights, freedom, and democracy, with the Republic of Korea which is our third neighbor and close partner. In addition, she expressed her readiness to strengthen the “Strategic Partnership”, enrich the relations with economic content, facilitate people-to-people ties, and deepen the cooperation on the regional and global foray. While underscoring her hope that the new Ambassador would pay special attention to expanding the relations between Mongolia and South Korea in all directions, in particular, to increase trade and investment significantly and facilitate the conditions for the passengers traveling between the two countries, she wished great success to his new assignment. In response, Ambassador Mr. Kim Jong-gu voiced that he would exert himself to deepen the political mutual trust between Mongolia and the Republic of Korea, improve the legislative environment for investment and ease the conditions for passengers. In terms of developing bilateral relations with economic content, the two parties agreed to cooperate in implementing major development projects and programs, such as establishing the “Mongolia-South Korea Joint Research Center for the Rare Earth Elements” and empowering the collaboration between the two countries’ private sectors and enterprises.